While packing for the 2014 Sundance Film Festival, I became filled with anxiety. What’s it going to be like? How on Earth do I compile a schedule for myself from a catalog of dozens and dozens of films? Would I get completely overwhelmed and shutdown? None of these things happened to me.

Once we got to Park City the first day and got acclimated, everything began falling into place. I learned how to schedule my days out so I could take events hour by hour and knew what films I’d be tackling for the day. I became a professional at the eWaitlist on the Sundance App. (Yes, there’s an App. for Sundance). It even became manageable to get around Park City on the transit system.

Park City is a breathtaking city with views of mountains and wonderful little restaurants, shops, and art galleries. There’s lots to see and do that’s affiliated with Sundance like visiting the YouTube Lounge or the Music Café downtown Main Street. Be prepared while walking on Main Street because you could run into various celebrities like True Blood actor, Joe Manganiello, like I did or encounter Robert De Niro at a screening and be able to ask him a question. It’s always nice to have your camera phone or handheld camera ready for these spottings that could happen at any given time. 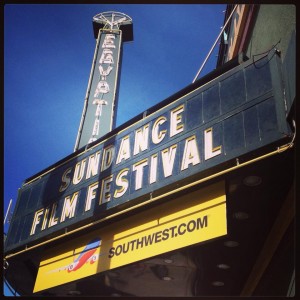 The Egyptian Theatre on Main Street.

The films are probably the best part of the experience. Not only are you seeing films with like-minded people who have a passion for film and entertainment like you, but also most times during the festival, the cast may show up as well as the director and producer of the film. These are the best times to pick directors brains and see what the process of filming a movie is like. It seems that no question is off-limits like what did you leave on the cutting room floor or why did you cast a specific actor or actress in a role? 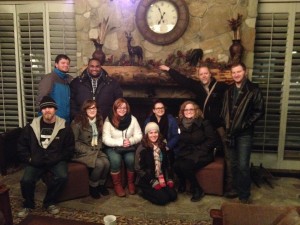 Overall, I couldn’t think of a more hands-on film experience than attending the Sundance Film Festival. I’m leaving here feeling more creative and inspired than I have in years. I’m even considering volunteering at next year’s Festival. I have made some contacts here that I hope to keep and eventually use after graduation from WKU in May of this year. If there’s another class coming to Sundance next year from WKU, jump at the opportunity! It’s so rewarding!