This is my sophomore year and I have gone to Sundance twice and I didn’t think It could be any better than last year but god I was wrong. It tops last year by a good mile. I made some connections in Sundance that I will use definitely later down the line and this summer to get a internship. That is something I stress. There are industry people at Sundance and they are there for the same reason you are the moviegoer and that is to see amazing films. I saw things from conedies like The Bronze, horror movies like The Nightmare. The variety of movies at Sundance each year has been immense.

There are films there for everyone’s taste. And boy do you see star power there. I got to see Robert Redford again this year which was just as awesome as last year. I even got to meet SNL alumni Kristen Wiig on the streets of Park City.

This trip is for anyone in the Film program and is serious about working in the industry. I feel like Sundance will be my ticket into the industry and independent filmmakers at least the ones I met were great in the advice they gave. It is worth the money to go for sure. I absorbed more information than I did last year. This trip like last year gave me an even more clearer idea on how I can make it in the industry. 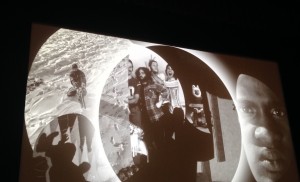